For the first time ever, courtesy of Jennifer E. Ryan of Celtic Knot Crochet, we had an official Yarn Bombing event as part of the Crochet Guild of America (CGOA) conference and Knit & Crochet Show. Crocheters and knitters were asked to submit squares in advance so Jennifer could get a head start on joining them together. 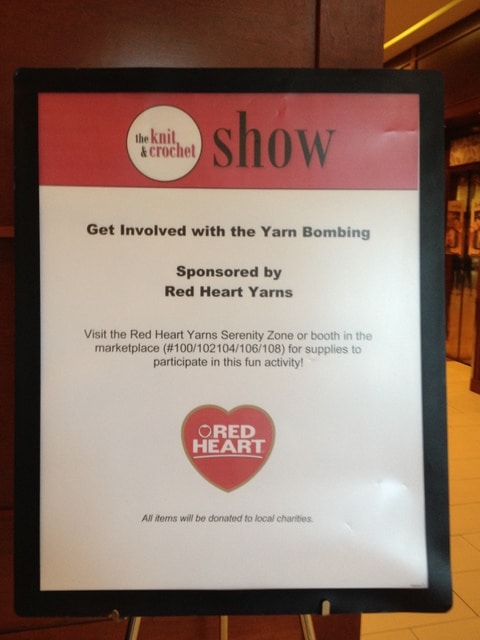 Jennifer received over 500 squares in advance of the conference. On Tuesday, she and others had already begun Yarn Bombing the hotel. The park benches, trees, and lamp posts in the courtyard in front of the hotel had already been deocrated when I arrived, as had various areas inside the hotel. 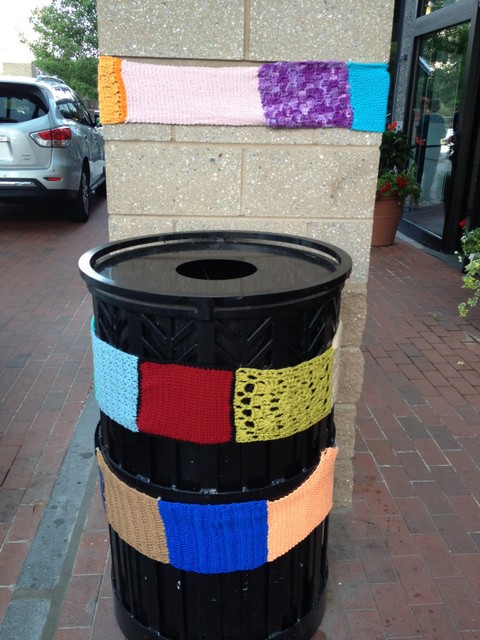 Some conference attendees had brought their own yarn with them and started creating even more squares as soon as they arrived on site. I’m pretty sure some even made squares while they were flying or driving to the conference!

Even if they had forgotten to bring appropriate yarn with them, conference attendees were able to create even more squares for yarn bombing on site. Red Heart sponsored a special yarn bombing booth, #110, where attendees could come pick up yarn and patterns to create new squares to add to the yarn bombing. 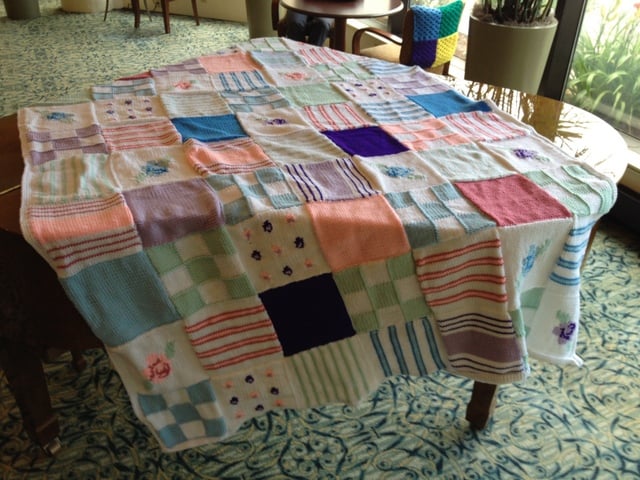 Jennifer and her team continued to add to the yarn bombing installation all during the CGOA conference weekend. The installation was put up so that it was easy for the team to take everything down on Sunday, as all the squares would be re-used to create scarves and blankets to be donated to local community organizations. 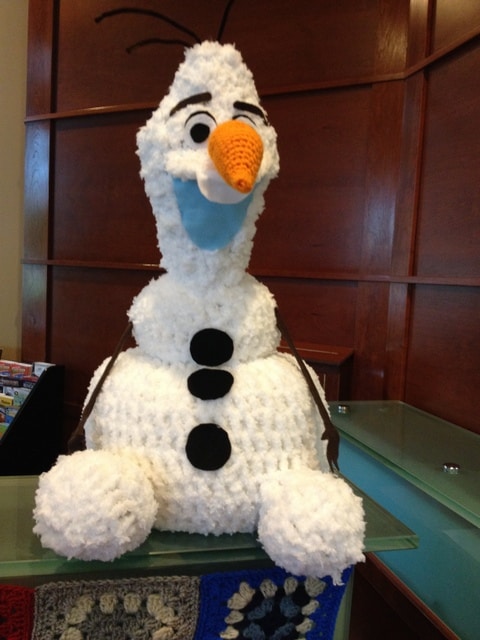 View all the yarn bombing photos I took at the conference on Crochetville’s Facebook page. If you have photos that you’d like me to include in the album, please post them on our Facebook page. I’ll add them in the album and give you copyright credit in the photo description.