Crocheters Are Intelligent, not Stupid or Ignorant

I was recently part of an online discussion with a crochet designer friend that left me completely flummoxed and outraged. Why? Because of a comment made to this designer by a publisher. Go grab a relaxing beverage to sip while you read this. You’re going to need it. You’ll probably be as upset as I am.

This designer came up with a design inspired by Van Gogh’s painting Starry Night. Sounds fascinating, doesn’t it? Well, not according to one publisher. The publisher apparently asked “if crocheters would even know who Van Gogh was.” (To the best of my knowledge, this was not a publisher whose main business interest is as part of the crochet industry, thank the starry heavens!)

I don’t know about you, but I learned who Van Gogh was in middle school art class. I know art classes have been removed from many public schools, but I was still pretty sure that crocheters were going to know who he was. We don’t live under a rock, after all!

So I set off to do a little unsolicited market research on behalf of this mysterious unknown publisher. I ran right over to Crochetville’s Facebook page for instant access to over 13,000 crocheters.(Scroll down to the posts by page from January 7.)

The first question I asked was very basic: Do you know who Van Gogh is? (Yes, I know I should have used the word “was,” but I couldn’t edit the post after the fact.) Some of the 435 responses I received:

“Yes, he is the inspiration for my painting abilities and what I was raised to be.”

“How could someone not know who Van Gogh is????? My favorite.”

” I had to LOL… its just too bizarre to think ANYONE may answer no to this. Even my 10yr old knows. Matter of fact at her art class, tonight, she saw some wonderful renditions of Starry Starry Night!”

“Are ya kidding me… is there someone who DOESN’T know who van Gogh is?”

“I like Starry Night Over The Rhone & Trees and Undergrowth.”

“An amazing artist. It is thought he may have been autistic/autistic spectrum and many of his paintings were how he viewed the world. He is truly inspiring; starry night is my favourite painting.”

“Of course! My almost 7 year old and 4 year old LOVE his paintings as well.”

“C’mon, everyone knows him! Or at the very least there can’t be anyone who doesn’t know the art.”

“I learned who van Gogh was when I was 13. maybe the publisher is the uneducated one or we’re just really smart here in Kansas.”

“Yea, he was an artist who went mad and killed himself. He painted many pieces my favorite being Starry Night.”

“Yes and wouldn’t it be cool to crochet “Starry Night”/ He is the person sung about in the song “Vincent” (Starry Starry Night). Beautiful art.”

“If you are talking about Vincent Van Gogh . . . he is the most famous artist of all times . . .producing approximately two thousand works of art. Born in Holland in 1853 and died in France in 1890 from mental illness.”

“Of course! I’m planning a trip to the Van Gogh museum in Amsterdam this Spring!”

I was very glad to know I was right: crocheters most definitely, without any shadow of a doubt, know exactly who Vincent Van Gogh was. Not only do they know he was a famous painter, as without any prompting at all, many people showed they know his general history and are familiar with a number of his paintings.

No, my (un)dear unknown publisher, crocheters are not stupid, ignorant, or uneducated. We are very smart, intelligent, educated, and informed citizens of the world, no matter how old we are!

Here is the second question I asked: Generally speaking, would you be interested in a crochet pattern (or patterns) based on or inspired by Van Gogh’s work?

This question received only 221 comments (in comparison to 435 for Question 1). I’m not going to list them here, but well over 90% of respondents indicated they would definitely be interested in the general concept.

(Un)dear publisher, I suggest you revise your opinion on the patterns of  interest to the crocheting population.

I finally revealed the reason for my questions: A publisher had been so misguided as to make a comment that he/she doubted crocheters would even know who Van Gogh was. It soon became apparent, that was NOT a good thing to believe about crocheters, especially if the crocheting community learns you are foolish enough to believe something so ridiculous.

Here are a few of the 158 responses to this post:

“wow…that’s pretty judgmental and condescending on the part of whoever said that. Most crocheters I know are pretty artistic folks and are interested in and involved in other arts besides just crochet. that’s just sad someone would think that about us “hookers” LOL”

“My kids knew who he was when they were small. That statement by that publisher was insulting, I think.”

“That publisher is making the assumption that crocheters are so unintelligent that they dont know anything about art? What does he think fiber art means? It’s not a bunch of people saying ‘I’m an artist cuz I crochet’. I’ve had a lot of problems with snobs over the past 25 years saying that anything I do/did was not art, but their work was. The only difference is that they had a degree, where as I dont. I was an artist for a very long time, and yes I even sold things. Lost part of my eyesight several years ago, and have just begun the past year to be able to see well enough to work with yarn again, but I’m still an artist and always will be. That publisher is one of the snobs who I detest because he looks down his nose at everyone, thinking no one is on his level. Who does he think buys his magazines and books? Good thing you didnt have his name. He would have been yarn bombed for sure tomorrow if you had.”

“Hand crafters are not necessarily cave dwellers without connections to the world. Most would at least recognize the works of major artists.”

“Wow, that’s very disappointing. Sounds like those certain someones who shall remain nameless think we crocheters are feeble-minded, uncultured morons! That is truly not the case, many people who enjoy needle-craft are patrons of mutiple mediums of art!”

“They should be glad I don’t know who printed it… They could lose my business… Can’t think of your demographic like that.”

“I may not be interested in a crochet design of his works, but I resent the thought that most crocheters would not know who he was. It is an insulting comment in my opinion.”

“I would love the name of this unnamed publisher and their phone number.”

wonderful Painter….Publisher has to be kidding…does he think yarn makes us stupid!!!

“Wow so does this mean that because we crochet we’re uneducated and not artists in any other capacity? They need to be brought up to speed…this is not their grandmas crochet world anymore…we are creative people who have unlimited possibilities and wonderful media to work with!”

“Whoever they are, they are quite arrogant to show their own ignorance of art, which includes crochet.”

“Please find out who the publisher is and I’ll show ’em who is smart enough to NOT buy anything they publish! Out of touch and insulting. Color inspired work, elements of style etc. could easily be used in crochet.”

“I feel the comment that “crocheters might not even know who Van Gogh was” is insulting. Many crocheters have art backgrounds. The publisher is out of touch.”

While I obviously know the identity of the designer, I do not know the identity of the editor who made this uninformed statement nor do I know the name of your company. (Even if I did, I wouldn’t post that information publicly.) It’s a good thing for me personally that I don’t know your identity, as I’d very likely have to ban myself from purchasing any more of your crochet books until you issued a public apology to the crochet community at large. Chances are you publish books from designers whose work I love, and I really don’t want to keep myself from purchasing those books.

Also, as you can see from the selected comments above, you’d also be losing the business of many other crocheters who are rightfully very angry and upset that you have shown us so much disrespect.

I understand that you might feel there’s not a large enough percentage of crocheters who would actually be interested in crocheting anything based on Van Gogh’s work to justify producing this pattern/booklet/book. While I think that opinion is vastly mistaken, if you are basing it on your knowledge of which crochet books that you’ve published sold well and which did not, at least you’ve come to that decision based on some type of factual evidence. If you want evidence that might help you see that you are wrong in some of your assumptions about what crocheters want, please go read the rest of the 158 comments addressing your statement to the crochet designer.

But making a leap from that belief to a statement that crocheters wouldn’t even know who Van Gogh was, which implies that crocheters as a group are uneducated, dumb, and ignorant is completely and totally unbelievable.

I realize that since you are anonymous, an apology is not very likely to be forthcoming, and might actually do more damage than good to your reputation among crocheters at this point. However, I do hope you will read this post and the responses of crocheters to this situation on Crochetville’s Facebook page (scroll down to posts made on January 7, 2013) and reconsider your ideas about what is of interest to the community of crocheters. Expanding your horizons—It’s a good thing!

Let this be an example of how social media could have gone very, very wrong in this situation if the publisher had actually been identified. Well over 10,000 people saw the posts on our Facebook page. Many thousands more probably saw comments from their friends in their Facebook feeds. Can you imagine the backlash you’d currently be facing if crocheters knew who you were?

Publishers, please begin to recognize that crocheters are just as intelligent and educated as the rest of your customer base!

Disclaimer: I have purposely not disclosed the designer’s name to protect her identity and her relationship with her publisher. I will send her a link to this thread. If she chooses to post a comment and identify herself, then you’ll know who she is.

5 thoughts on “Crocheters Are Intelligent, not Stupid or Ignorant” 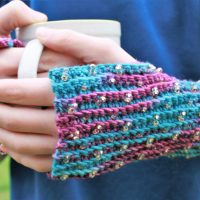 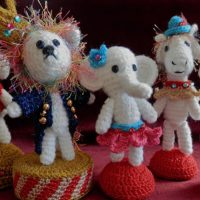